On September 10, the day before the opening ceremony of 2018 Belt and Road Media Community Summit Forum, the Results Announcement Party of the 2018 “Golden Ribbon” Outstanding Short Documentary Competition was held in the ancient capital city Xi’an. Five programs, including Kites Flying High, The Mongolian Horse, The Flying Top, Be with Each Other Though Far Apart, and The Treasure, stood out as the final winners. 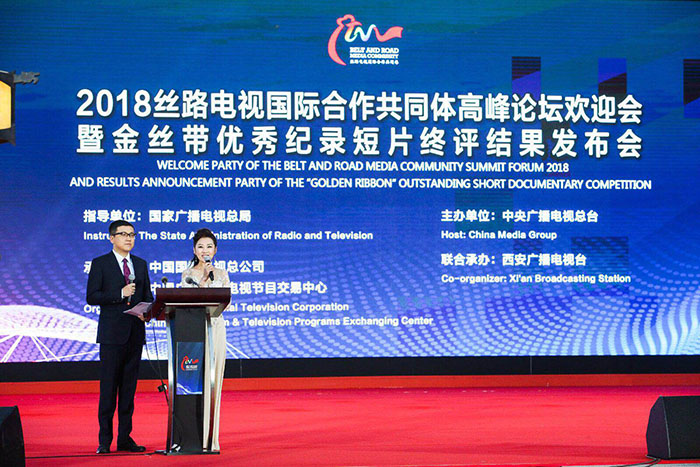 In 2016, China International Television Corporation and a number of international media jointly initiated the establishment of the Belt and Road Media Community, the first global television media alliance connected by the Silk Road and oriented to various media. The 2017 “Golden Ribbon” competition collected more than 50 television programs from more than 20 countries and regions along the Belt and Road, and finally selected five outstanding programs, including Silk Road, Our Story.

Launched at the end of 2017, the 2018 “Golden Ribbon” competition received applications from 29 institutions of 14 countries and regions including China, the United Kingdom and South Africa. The Organizing Committee selected 30 excellent proposals, and provided their creators with guidance and support from international renowned producers and industry experts. After four months of shooting and production, and selection by the Organizing Committee, 15 programs were shortlisted at the end of this August. On September 10, eleven final judges from the Asia-Pacific Broadcasting Union, China, the United States, and Austria reviewed and discussed the 15 programs, and selected five outstanding programs on a scoring basis. These programs observe the outside world from diverse cultural perspectives and display colorful global civilizations. 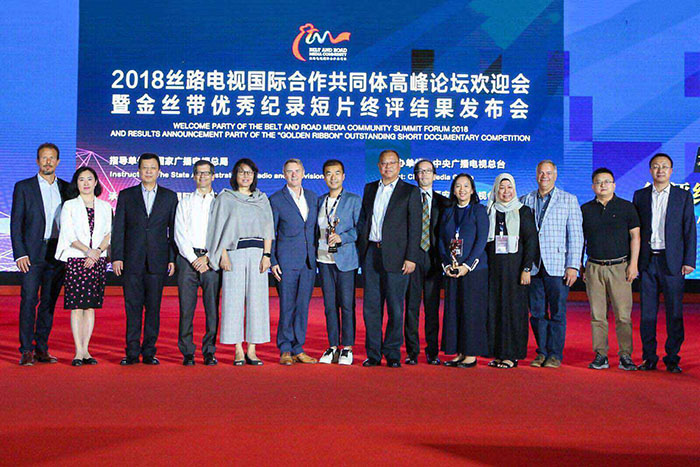 This year’s award-winning programs focus on such topics as the Chinese working in countries along the Silk Road, the relationship between human and nature, the cultural heritage along the Silk Road, traditional craftsmanship and craftsmen. These outstanding short documentaries tell big stories through small details, and demonstrate the importance of the Belt and Road Initiative and the Community of Shared Future for Mankind with vivid examples.
Every year the “Golden Ribbon” award-winning programs will be broadcast in the simulcasting events organized by the Belt and Road Media Community. The simulcasting is an important task of the Community, and has been successfully held four times, attracting more than 40 mainstream broadcasting platforms in the world.

The five award-winning outstanding television programs last year will soon be broadcast by 15 broadcasters in 15 countries and regions. With the results announcement of the new “Golden Ribbon” outstanding short documentary competition, another batch of outstanding programs will become messengers for “Belt and Road” cultural communication, meet audiences in many countries and regions through simulcasting events, enhance mutual understanding between domestic and foreign audiences, promote mutual learning and reference between countries and regions, and play an important role in Chinese culture “going global” and promoting globalization.